I love visiting the grand old city of New York: the sights, the sounds, the smells, the energy that permeates the place; it is a paradise for a people watcher such as I. In particular I enjoy watching people walking dogs and pushing strollers, I suppose because those are two of my all-time favorite activities.  And yet 15 years or so since I last pushed a stroller, it is a bittersweet experience; how I miss those precious days. In recent years I’ve noticed that parents are typically also looking at a cellphone as they stroll along the city streets and it makes me happy that my own stroller years were before the distraction of cellphones.  Mind you, I am not passing judgement on today’s parents, I’m similarly addicted to my cell phone and if I’d had one back then I’d have probably been on it too. But instead, those days–of strollers, snuglis, wagons; pushing, carrying, hand-holding and piggy-backing my kids–were precious times of interacting with them. Before they could talk I would talk for both of us, sing songs, point out interesting sights, and invent stories for them. Later when they could talk those times became even more precious.

As I look back on those days, they feel like they were the times when I felt most fully alive and engaged.  There is something so all-consuming and fulfilling about parenting young children. You are entirely in charge of the safety, well being, and happiness of another human life, one that is more precious to you than anything in the world. When both parents are present, we back each other up, but other times I’d be alone with one or more of my kids and every fiber of my being was on full-alert.  Obviously I needed to be sure that they were comfortable, fed, and happy, with binkies and sippy cups at the ready. But more importantly I needed to be sure they were safe.  It was the closest I ever came to feeling like Superman.  Even as I was enjoying my time with them I was ever vigilant and on guard against danger.  I’d gameboard a car jumping the curb, a crazed kidnapper attempting to snatch the stroller when every second would be of the essence. I knew, beyond the shadow of a doubt, that if any harm befell my children that it would literally only be over my dead body. There aren’t many things I am absolutely sure of in life, but that was one of them.

15 years later those same kids are spread across the country; if they are in any danger I am powerless to help. When there was a terrorist planting bombs in Austin, Texas, there wasn’t much I could do to protect my son. (“Uh, Anthony, don’t pick up any packages outside your apartment, OK?”) Or I get automated text alerts from William & Mary or Gonzaga or Yale about a campus alert about a possible gun or bomb, and I can do nothing but offer up a prayer for safety. In fact these days it is more likely that my kids will have to come to my aid, as they’ve done when I had cancer or open-heart surgery.

Each stage of parenting is wonderful in its own unique way–including and especially adult children–but once a stage is passed it can never be reclaimed. Do the parents on the sidewalks realize how terribly brief these days will be?  Probably not, but there’s nothing I can do about it, for them or for me. And so I watch wistfully and cherish the memories of giggle from the stroller or a chubby little hand clutching mine. Sigh…. 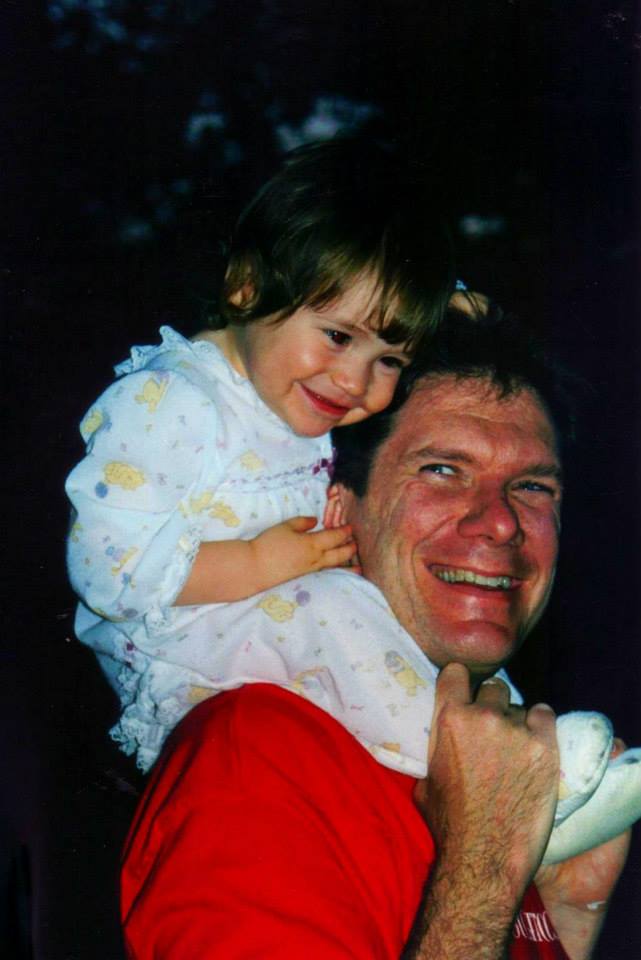 First and foremost, I’m a dad. After that, by day I am a professor of Education at Alfred University, by night I'm a dog lover, a cancer survivor, and a daydreamer. Here are some thoughts and lessons learned from my journey… View more posts